Children and Other Optical Illusions

In 2010, Magic Lantern presented its most ambitious project to date at Dreamland Arts in St. Paul. Titled Children and Other Optical Illusions, it was the first show the group did that was intended for adults. It was challenging from an artistic view, both in its subject matter and the new blend of technical elements being employed, adding live feed video and more stop motion animation into the mix. In this sense, we feel that we have grown as artists. We stepped outside of the comfortable realm of folk tales, and innovated/expanded our visual vocabulary. The Metropolitan Regional Arts Council (MRAC) generously gave us a Community Arts grant for this project. The project was also supported by the many people who attended the Pasta for Puppets fund-raiser, and the Fairview Pre-natal and Stillborn Loss Foundation.

Magic Lantern Artists were touched and surprised at the outflowing of support for Children and Other Optical Illusions. All performances sold out, and many people wrote to us afterwards to thank us for approaching the difficult topics of infertility and miscarriage. Because of this outpouring of support and positive feedback, we decided  to re-visit the show. Thanks to an Arts Activity grant from MRAC,  Magic Lantern revisited the show in 2011 at  Open Eye Figure Theatre in South Minneapolis. 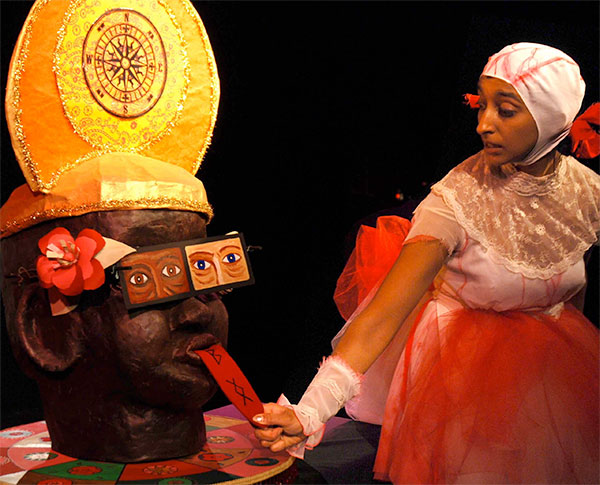 What Audiences had to say about Children and Other Optical Illusions

“I loved the complexity, the juxtaposition of styles, the gorgeous puppets and props.” -Dr. Deborah Rich, Fairview Pregnancy and Prenatal Loss

“An amazing job with a tricky subject…well written and the performances were excellent. It was honest and very engaging. The mix of the gut wrenching, naturalistic scenes and the side trips with the brain worked very well…an excellent piece of theatre.” -Kurt Hunter, Former President of Puppeteers of America and Founder of Hunter Marionettes.

“I want to say how fantastic I thought your play was. It was very moving and funny and sad and hopeful. Infertility and miscarriage affect so many people so much and yet we rarely see any dramatic or artistic treatment of them. Your play felt very honest and I think it was brave and wonderful of you to share your experience.” -Audience member